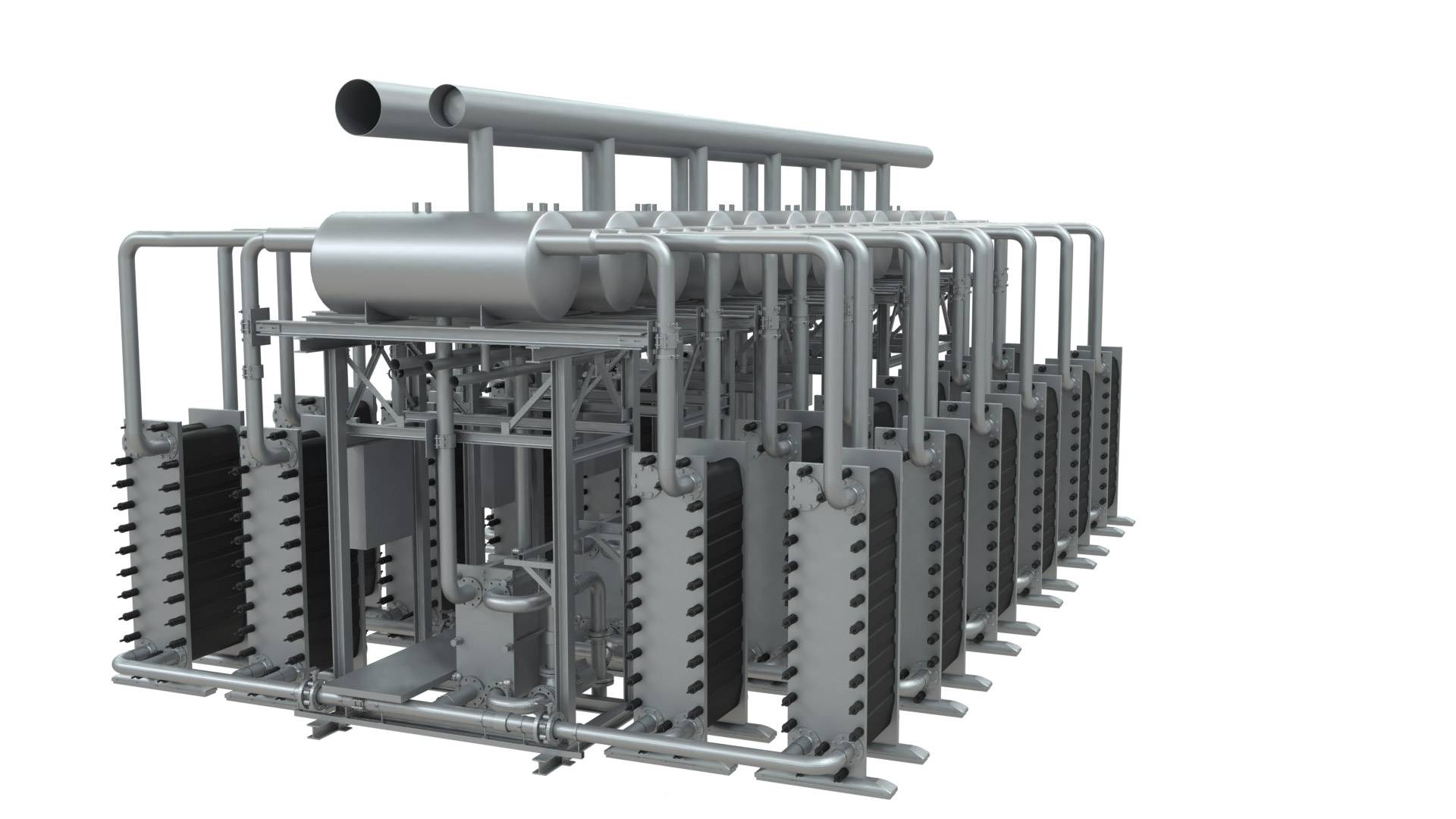 (Račice, June 29) The Czech engineering company 2 JCP from Račice has ​​been cooperating with Siemens Energy on the development of their Silyzer 300 hydrogen electrolyzer since 2020. The two-year-long engineering process has now been completed with the signing of a CZK 100 million contract for the production and assembly of three electrolyzers. Siemens Energy plans start mass production from 2023 onwards, with the potential to bring in up to two billion CZK to 2 JCP in additional sales per year to 2 JCP.

The first three Silyzer 300 electrolyzers built for Siemens Energy at 2 JCP will go to the world’s first large-scale commercial e-Methanol production facility in Kassø, Denmark (more information here), which will, among other things, produce fuel for Maersk’s first e-methanol fleet. The Silyzer 300 electrolyzers for Denmark are expected to leave the Račice plant in March-May 2023.

"We have thus become a strategic supplier to Siemens Energy, and within two to three years we might start mass-producing up to fifty such devices for them, which represents about 2 billion CZK a year for us. Therefore, we will build a new production hall in Račice and we are planning to reconstruct the existing halls in our Třebíč plant in order to be able to cover Siemens Energy's orders,” says Jan Pačes, Sales Director of 2 JCP.

The Silyzer 300 from Siemens Energy is a large electrolyzer for industrial use with an input power of 17.4 MW capable of producing more than 300 kg of green hydrogen per hour. It operates on the principle of PEM electrolysis and the resulting 15 m x 7.5 m facility can efficiently convert excess renewable energy into hydrogen. Siemens Energy has been working on the development of the technology since 2011, and Czech engineers supported its team last year in optimizing their packaging design. The know-how in the form of the key chemical electrolysis process is held by Siemens Energy, which is currently building a gigafactory in Berlin for the mass production of electrolyzer cores (more information here.) The production and assembly of the entire equipment around the core from Siemens Energy might then take place in Račice. "We received the request for engineering support and supply for the Silyzer 300 electrolyzer directly from the newly established Siemens Energy New Energy Business in 2020, thanks to our long-term successful cooperation with Siemens Energy in the field of gas turbine components," adds Jan Pačes.

After the decline of the traditional energy industry during the Covid pandemic, 2 JCP began to specialize in clean energy segments, resulting in cooperations such as with Siemens Energy, with Swedish company MEVA Energy on a green biomass power plant project for IKEA in Poland, and with Midsund Industriservice in Norway, working on atmospheric tanks for a large CCUS project.

Siemens Energy is one of the pioneers of the hydrogen business. Silyzer 300 electrolyzers will be mainly used in large hydrogen production parks which are currently being built or planned around the world. In addition to hydrogen for industrial use, these parks can also produce e-ammonia, e-methanol or e-fuel by applying other chemical processes.

Company 2 JCP, based in Račice, Czech Republic, was established in 1992. It is a global supplier of equipment for gas turbines, clean energy as well as food and packaging equipment. It supplies its products and services to more than 50 countries around the world and has engineering offices and manufacturing facilities in Europe and North America.

Company 2 JCP belongs to the portfolio of the Czech investment company Jet Investment, which has been specializing in investments in industrial companies for 25 years, and the hydrogen industry will become the focus of their further acquisitions.